If a team of archeologists uncovered a chess-and-checker set 1300 years from today, how would they think the game was played? What cultural significance would be attributed to it? What arguments would fill those university halls and libraries, with piecemeal accounts of a century-spanning game?

Archeological Chess is a thought experiment in game design, but also a real life chess-based game you can play with 2+ players, where you make up the rules as you go. How much can you change the game before it becomes something new? Something better even?

To play, you'll need a full chess set, preferably including 12 checkers, and two creative minds. Starting with a blank board, white begins. Take turns placing one piece of your colour on the board, on any unoccupied white space.  Whenever you like, place your teams king on the board, then on your next turn start placing  your pieces on any unoccupied black space.

At any time during this set up, starting with the white team, you can announce a new rule, for example "pawns can move off the end of the board and reappear on the other side" or "knights move every turn" or "rooks attack diagonally". Rules must apply to both teams equally, and are preferable simple, with nuances worked out by agreement when the rules come into effect. Once your team makes a rule, they cannot make another until the opposite team has made a rule. Teams do NOT have to make a rule every time they place a piece, but also do NOT forfeit their right to make a rule by not doing so.

Once both teams have placed all their pieces, the game begins and proceeds according to the rules of chess and the rules established by the players. The team to take the opponents king wins.

A full set of rules and guidelines is available for download.

Letter to Helmut Kahn 825 kB
Figurines and their significance 864 kB
The Artefact and Its Discovery 832 kB
Archeological Chess - Rules and Guidelines.pdf 2 MB 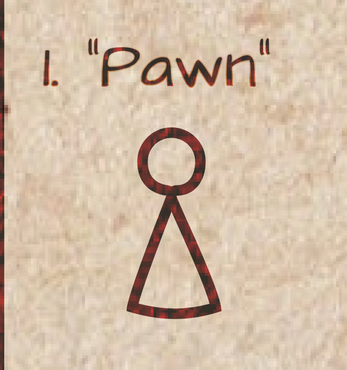